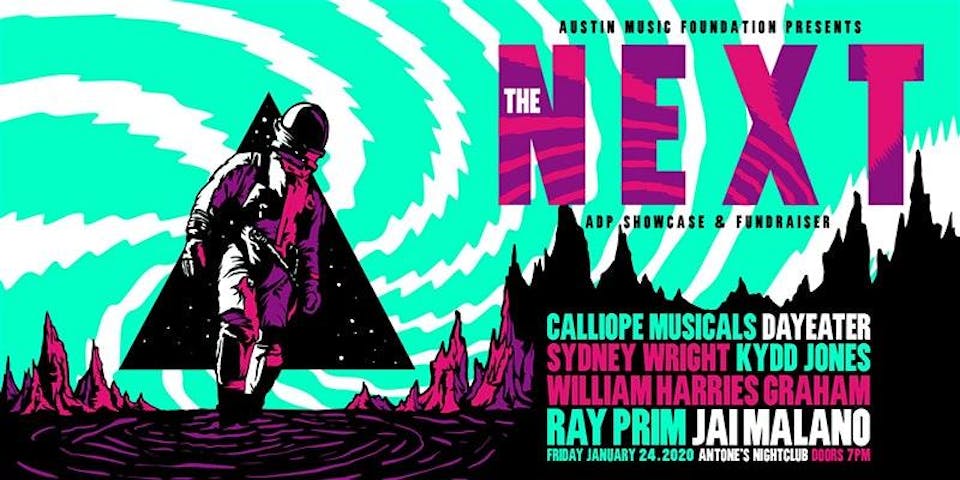 Join Austin Music Foundation on Friday, January 24 at Antone’s Nightclub as we celebrate ‘The NEXT’ in Austin music! ‘The NEXT’ is a marque annual showcase and fundraiser featuring performances by all seven of the incredible bands we’ve been working closely with through the AMF Artist Development Program (ADP) this year.

We’ll also be celebrating the release of ‘The NEXT On Wax’, AMF’s FIRST-EVER vinyl compilation album, recorded at The Bubble with Grammy-nominated Austin producer Frenchie Smith and pressed by the fine folks at Gold Rush Vinyl! ‘The NEXT on Wax’ features new and original singles from our 2019 ADP artists.

Includes entry for TWO to the show, 1 limited-run 12” vinyl ‘The NEXT on Wax’ featuring brand-new singles from all 7 ADP artists, PLUS access to an exclusive afterparty lounge with silent auction fundraiser, drink specials, and more!